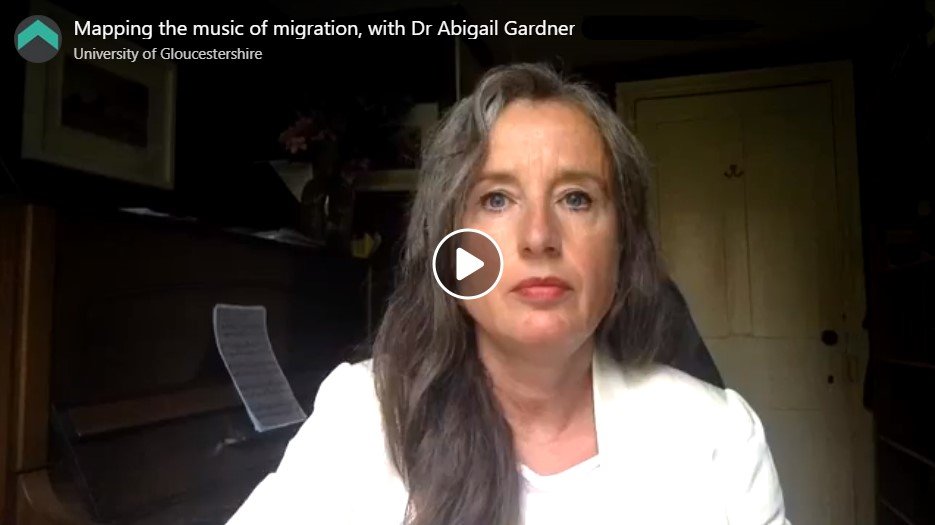 When we talk about music, we talk about ourselves. When our selves are in conversation with others in new environments and we discuss music from our past that we want to extend into our futures, we are talking about the flow of music through our bodies and across times and spaces. This paper investigates the relationship between music, listening and memory by focusing on a current European project that uses methodological tools from digital storytelling to open up spaces for recollections of and subsequent conversations about the importance of music in individual lives. The project is called ‘Mapping the Music of Migration’ and involves workshops across seven European countries, an audio collection and a generative app of migrants’ stories of music. The field research draws on participatory media practices from digital storytelling that highlight how such methods offer ‘opportunities for new voices to speak and be heard’ (Dunford, 2017, p.313). Such stories of the musical self, of individual ‘song worlds’ can reveal the affectively engaged space that echoes the therapeutic narrative revealed in confessional ‘moments’ (Lefebvre, 2004; Radstone, 2007). These relate to what de Nora (2000) calls ‘priming’ and ‘co-presence’, whereby music acts as a technology of emotion and memory and a ‘device for the unfolding, the replaying and  the temporal structure of the moment’ (p.67). Locational and temporal context is vital to approaching these participants’ song stories (Forman, 2002; Lefebvre, 2004) since they take ‘place’ in particularly charged geographically and temporally contextualised bodies that exist within contemporary complex political ‘traffic’. The paper explores the early stages of the project, its pilot focus groups and findings to explore how talking about music might as an additional form of ‘musicking’ expands notions of musical lives in the context of migrational flow and transference. Bio Dr Abigail Gardner is Associate Professor in Music and Media at the University of Gloucestershire. She has written on music, gender and ageing and is currently researching in the area of music, place, temporality and transference. Key publications include Ageing and Contemporary Female Musicians (2019), Aging and Popular Music in Europe (2019), PJ Harvey and Music Video Performance (2015) and Rock On: Women, Ageing and Popular Music (2012, with Ros Jennings). She is currently the PI on an Erasmus + European projects called ‘Mapping the Music of Migration’ and produces community film and lo-fi media.